The soil is part of our homeland

The soil is our irreplaceable source of nutrition and energy. We want to manage, preserve and pass it on to the next generations. It is a source of production values ​​for us, but also a home - a place of our lives.

What is a healthy soil

The soil is a lively, open, dynastic complex. Its individual components, interrelationships, processes, and norms are taught to learn all our lives and apply this knowledge in the care of it. Healthy soil is full of life, capable of receiving and releasing nutrients and above all water. 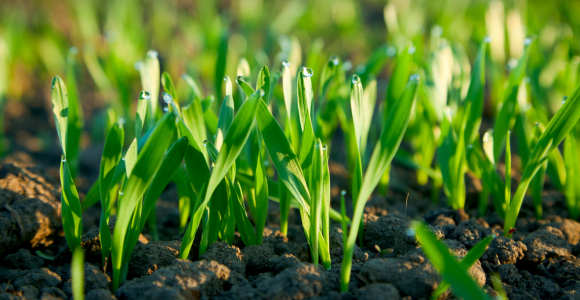 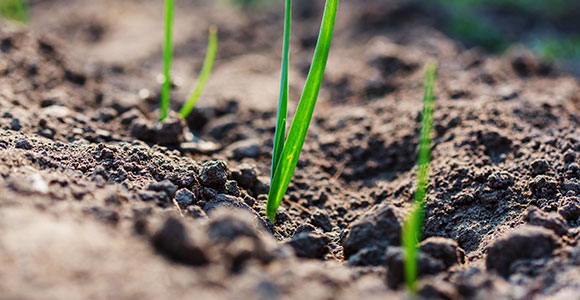 Soil is now most threatened by two threats: erosion and soil compaction. We perceive both the phenomena as serious threats and we try to prevent them.

In our conditions, the most frequent is water erosion and soil erosion. That's why we introduce new practices that greatly reduce soil erosion.

The first one is so-called „strip till“ – processing of broad-line crops such as corn or soybeans, where we only process the narrow line on which the crop is sown and leaves between the rows or the stubble with post-harvest residues.

Another soil erosion-efficient technology is the technology of rape sowing, creating a deep groove right below the root that water can flow into the podium and vice versa. Between the rows, so-called tombs are created, which draws water into the groove beneath the plant to facilitate the tapping of water.

A large part of farmland is threatend by soil compaction caused either by a poor soil structure with a low organic matter, travelling by inappropriate technique or a combination of both.

Soil organic matter is a vital fertility value for us. We monitor it carefully and reintroduce crop production. Post-harvest remains are left in the field. The straw is taken from the field only for livestock use, for feeding or for bedding.

We use heavy machinery to perform field work, but we keep the principles to minimize the soil compaction. Except for fodder plant crops, we only use caterpillar tractors for field work, which spread their weight on a large area and thus exert considerably less ground pressure than conventional smaller wheeled tractors. We periodically check soil compaction. Where some deterioration occurs, we try to correct it with underspadding, deepsoil mellowing, but mainly by choosing the crops that help correct it.

Entrust your land to our company

We will hand over the soil to the next generations as our fathers — fertile, lively and healthy

We are interested in arable land suitable for growing crops. But we are also able to use lands not suitable for cultivation. We use it for free cattle grazing.

I want to rent my lands

We farm on our own and rented lands.

There are various soils, ranging from slightly sandy, loamy sand soil to fully clayish soil. The lands are located at an altitude ranging between 480 and 500 meters above sea level. with with an annual rainfall of up to 550 mm and an average temperature of +6,9°C.

Consent to the personal data processing

The applicant provides a consent to processing of their personal data in the scope of the biographical data provided by the applicant in the submitted CV at www.adw.cz and its storage in order to establish a contact and possible business cooperation with companies within the ADW Group.